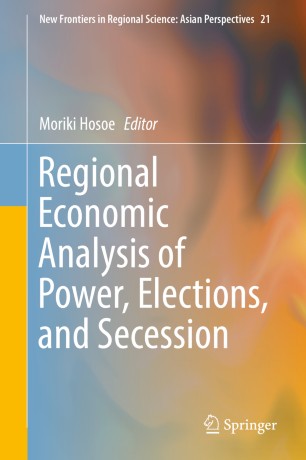 The main object of this book is to explain some of the mechanisms of integration and secession among regions from the point of view of game theory. To attain this goal, the incentives of regions in a country to unite or to secede and the conditions in the way for the member countries of a federation to leave peacefully are examined. Tensions over secession have become more and more serious, including separatist tensions in China, India, Iraq, Myanmar, and Sri Lanka. Studies included in this book stress differing preferences in the type of policy in each region and the influence of a third region on the power of secession. Decentralization strategies of tax-subsidy policy and governance policy in a political or economic group composed of two regions are shown to be important as a way to avoid wasteful conflict for the secession incentive of a minority region. How those incentives depend on heterogeneity costs associated with different preferences over the type of region and the relative size of the two regions is shown. Also provided is an analytical framework in which secessions are the equilibrium outcome of explicit civil conflict, where regions with different preferences invest in costly conflict activities. Finally, an empirical analysis is made of determinant factors of secession movements in many regions to verify the validity of our theories of secession. This book is recommended to researchers who are interested in a new economic geography and an interdisciplinary approach for regional economics.

Dr. Takashi KIHARA is professor of Faculty of Economics, at Dokkyo University, Japan. He completed his graduate work at George Washington University in U.S.A. to obtain M.A. in Economics. He earned PhD in Economics from Hokkaido University in Japan.  Before joining Dokkyo University, he worked for Ministries of Finance and Foreign affairs as well as Economic Planning Agency of Japanese government in such posts as deputy director, director or director general. He also served Inter-American Development Bank and Asian Development Bank Institute as officer and director, as well as in Nagasaki University and Kyushu University as professor. His research focuses on empirical analyses of development assistance, conflicts, financial structure, and demography. KIHARA has served as executive director of Japan Association of Applied Economics and senior visiting fellow of Policy Research Institute of Ministry of Finance.