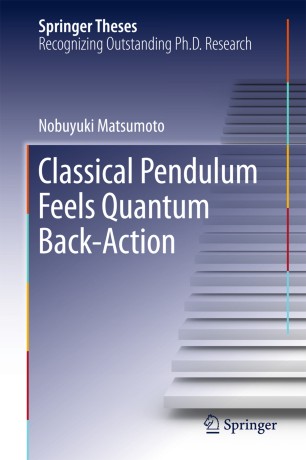 In this thesis, ultimate sensitive measurement for weak force imposed on a suspended mirror is performed with the help of a laser and an optical cavity for the development of gravitational-wave detectors. According to the Heisenberg uncertainty principle, such measurements are subject to a fundamental noise called quantum noise, which arises from the quantum nature of a probe (light) and a measured object (mirror). One of the sources of quantum noise is the quantum back-action, which arises from the vacuum fluctuation of the light. It sways the mirror via the momentum transferred to the mirror upon its reflection for the measurement. The author discusses a fundamental trade-off between sensitivity and stability in the macroscopic system, and suggests using a triangular cavity that can avoid this trade-off. The development of an optical triangular cavity is described and its characterization of the optomechanical effect in the triangular cavity is demonstrated. As a result, for the first time in the world the quantum back-action imposed on the 5-mg suspended mirror is significantly evaluated. This work contributes to overcoming the standard quantum limit in the future.