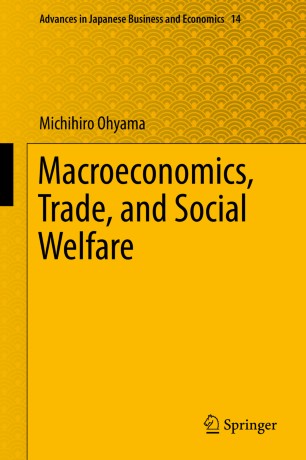 Part of the Advances in Japanese Business and Economics book series (AJBE, volume 14)

This book develops new, original methods of welfare comparison and comparative dynamics between distinct and discretely positioned (rather than continuously related) socioeconomic situations. These methods are not only realistic but also extremely relevant to serious economic problems. Using them, the book sheds illuminating new light on the theoretical analysis of Keynesian economics and other important issues of political economy. For instance, it shows that the principle of effective demand applies exactly as Keynes put it to the unemployment equilibrium in the short run. It also shows that the equilibrium may change along the expansion path as the government chooses to vary its expenditure to maximize national welfare. The same methods are effectively employed theoretically to investigate modern trade policy issues such as gains from trade, the theory of tariffs, free trade agreements, and the role of the WTO. Those methods are also used to study the welfare and efficiency of various socioeconomic situations.