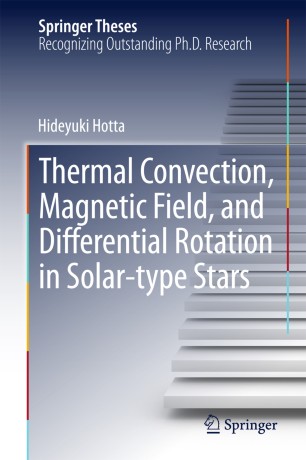 This thesis describes the studies on the solar interior where turbulent thermal convection plays an important role. The author solved, for the first time, one of the long-standing issues in solar physics, i.e., the maintenance mechanism of the solar differential rotation in the near-surface shear layer. The author attacked this problem with a newly developed approach, the reduced speed of sound technique, which enabled him to investigate the surface and deep solar layers in a self-consistent manner. This technique also made it possible to achieve an unprecedented performance in the solar convection simulations for the usage of the massively parallel supercomputers such as the RIKEN K system. It was found that the turbulence and the mean flows such as the differential rotation and the meridional circulation mutually interact with each other to maintain the flow structures in the Sun. Recent observations by helioseismology support the author's proposed theoretical mechanism. The book also addresses the generation of the magnetic field in such turbulent convective motions, which is an important step forward for solar cyclic dynamo research.