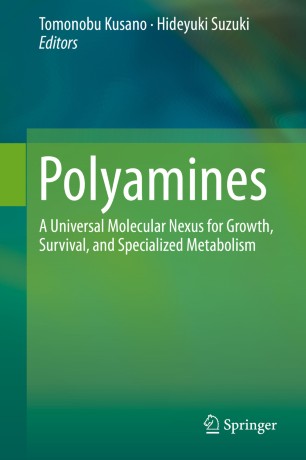 A Universal Molecular Nexus for Growth, Survival, and Specialized Metabolism

This book covers key topics in polyamine research from a range of organisms, including plants, mammals, and prokaryotes such as bacteria and archaea. The book provides an introduction to general concepts in the field of polyamine research, as well as more detailed information. With the availability of genome sequence data from a broad range of organisms, the evolution of the genes involved in polyamine metabolism is discussed. The mode of action of polyamines has been shown to be dependent on cation channels, and this mechanism is described in the book. The origin of polyamine transporters (from bacteria, yeasts, and plants) is described. The various effects of polyamines on growth and survival are also documented. The book details the mechanisms of polyamine homeostasis and the role of polyamine molecules as precursors of secondary metabolites such as plant alkaloids and toxins derived from spiders and wasps. The role of polyamines in longevity and disease is discussed. A link between polyamine contents and cancer progression is reported, as is the use of polyamine metabolites as diagnostic markers in the initial stages of cancer. Moreover, a novel approach that utilizes the polyamine pathway of a parasite as a drug target in African sleeping sickness is described. Therefore, this book is a valuable resource, both as a textbook for undergraduate and graduate students and also as a reference book for front-line polyamine researchers.