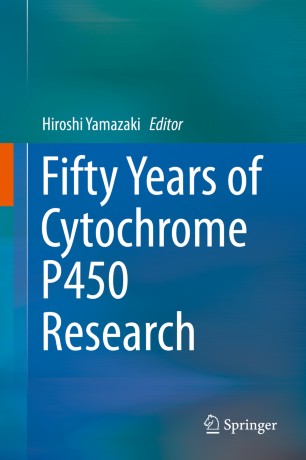 This book encompasses major progress and future directions in cytochrome P450 (P450) research. Included are contributions by pioneers in the discovery of P450, with chapters on the molecular and functional properties of P450 and cutting-edge applications knowledge from various fields. P450 research has its roots in metabolism, but the true beginning was in 1962 with the publication by Tsuneo Omura and Ryo Sato in The Journal of Biological Chemistry on their discovery of the cytochrome. Following this groundbreaking study, over the last half-century, research has revealed that many forms of P450 exist in animals, plants, and microorganisms. P450 research has expanded into many different fields including medicine, agriculture, and biotechnology, and has drawn the attention of industries for its bioengineering applications, such as drug development and creation of the “blue rose”. Also, research on nuclear receptors, which has grown out of research on the regulatory mechanisms of P450 genes, has become an important area in biology, medical science, pharmacology, and clinical medicine—for example, with recent developments in personalized medicines. This book will draw readers into the important and exciting world of P450 and will encourage young students and scientists in P450 research to continue expanding the field via new approaches.