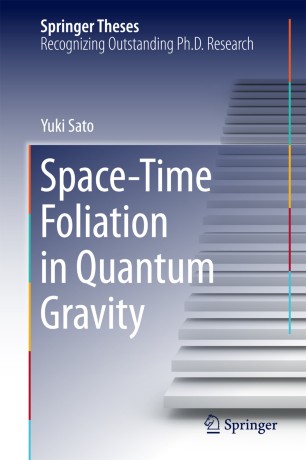 In this thesis, the author considers quantum gravity to investigate the mysterious origin of our universe and its mechanisms. He and his collaborators have greatly improved the analyticity of two models: causal dynamical triangulations (CDT) and n-DBI gravity, with the space-time foliation which is one common factor shared by these two separate models.

In the first part, the analytic method of coupling matters to CDT in 2-dimensional toy models is proposed to uncover the underlying mechanisms of the universe and to remove ambiguities remaining in CDT. As a result, the wave function of the 2-dimensional universe where matters are coupled is derived. The behavior of the wave function reveals that the Hausdorff dimension can be changed when the matter is non-unitary.

In the second part, the n-DBI gravity model is considered. The author mainly investigates two effects driven by the space-time foliation: the appearance of a new conserved charge in black holes and an extra scalar mode of the graviton. The former implies a breakdown of the black-hole uniqueness theorem while the latter does not show any pathological behavior.