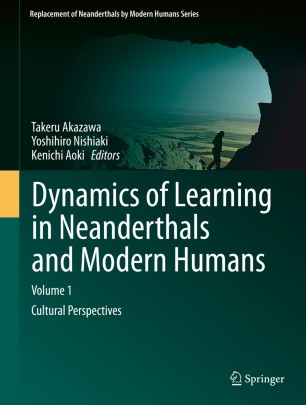 Dynamics of Learning in Neanderthals and Modern Humans Volume 1

This volume presents the first of two proceedings from the International Conference on the Replacement of Neanderthals by Modern Humans, which took place in Tokyo in November 2012. Focussing on a highly innovative working hypothesis called the ‘learning hypothesis’, which attempts to explain the replacement as a result of differences in the learning abilities of these two hominid populations, the conference served as the latest multidisciplinary discussion forum on this intriguing Palaeoanthropological issue. The present volume reports on outcomes of the conference in three major sections. Part 1 provides an archaeological overview of the processes of replacement/assimilation of Neanderthals by modern humans. Part 2 consists of archaeological and ethnographic case studies exploring evidence of learning behaviours in prehistoric and modern hunter-gatherer societies. Part 3 presents a collection of papers that directly contributes to the definition, validation and testing of the learning hypothesis in terms of population biology and evolutionary theory. A total of 18 papers in this volume make available to readers unique cultural perspectives on mechanisms of the replacement/assimilation of Neanderthals by modern humans and suggested relationships between these mechanisms and different learning strategies.