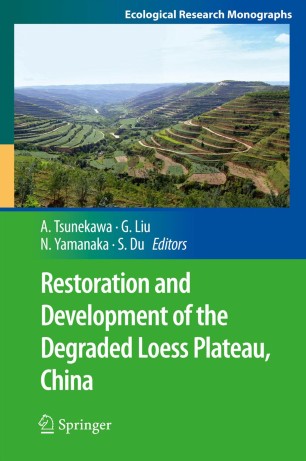 Restoration and Development of the Degraded Loess Plateau, China

This book presents state-of-the-art scientific evidence and technological innovations to restore lands on the Loess Plateau of China, known worldwide for its serious land degradation and desertification problems. Supported by a rapidly developing Chinese economy and the dissemination of effective technology, the Grain-for-Green Project and Western Development Action launched by the Chinese government have resulted in successful ecological restoration and protection over the past 30 years. These programs have contributed not only to conservation of soil and water, but also to economic development. At the same time, however, these developmental interventions have brought new challenges that have not yet been fully addressed. The book describes (1) case studies of success and failure in practice, including rare success stories of combating desertification; (2) technical issues such as erosion control and breeding of stress-tolerant plant species, and socioeconomic measures taken by the Chinese government and lending policies with support from the World Bank; and (3) comprehensive measures against desertification, such as water and wind erosion, salinization, and deforestation. This volume is recommended for researchers and students above the undergraduate level in diverse fields including soil science, rural engineering, social technology and civil engineering, biology, ecology, climatology, physical and human geography, and developmental economics, among others. It also serves as a valuable resource for engineers, government officials, and NPOs and NGOs involved in afforestation, ecological restoration, combating desertification, disaster prevention, and sustainable rural development.