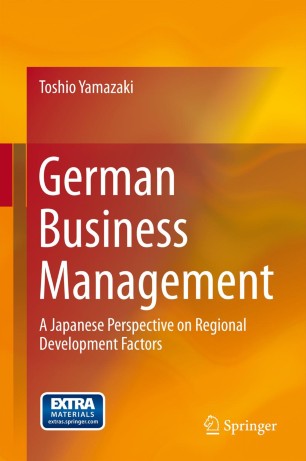 How are German capitalism and German business management to be understood from the perspective of Japan?

Both Germany and Japan as defeated nations in World War II received significant American leadership and support after the war. Both countries developed their enterprises, industries, and economy by deploying and adapting technology and management methods from the United States while establishing systems of industrial concentration in their own ways. By these means, both nations became major trading countries. However, current economic and business conditions differ greatly between Germany and Japan.

In trade, American influence on Japanese business is still strong. Japan could not and cannot establish a complementary relationship with American industrial sectors and their products in the American market. In addition, a common market structure like the E.U. does not exist in Asia. In contrast to Japan, Germany developed independently from the American influence and became part of a well-integrated regional economy. What were the driving forces that created those differences?

The author describes how the development of German companies determined the current German condition— “the Europeanization of Germany”—while the world faced the globalization process. Demonstrating the basic foundation of European integration by analyzing market factors in Europe as well as the internal structural transformation of management in Germany, this book is a valuable resource for undergraduate and graduate students, educators, and researchers in the fields of business management, business history, and economic history.