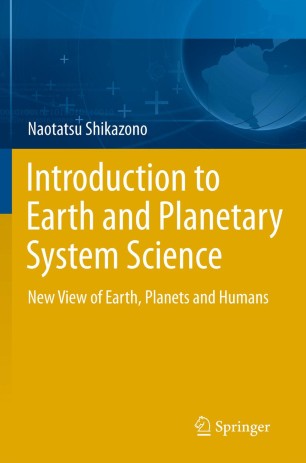 A stable sustainable human society cannot be achieved without an understanding of the earth’s surface environment and the earth’s interior as it influences the surface, and of the interactions between humans and nature. According to earth system science, the earth system consists of subsystems, such as the atmosphere, hydrosphere, geosphere, biosphere, and humans, and the interactions among these subsystems. This book presents basic information on material science, the interaction between subsystems, and nature–human interactions. More specifically, chapters focus on the constituent materials of the earth and planets (rocks, water, carbon dioxide, etc.); interactions among subsystems (atmosphere, hydrosphere, geosphere, biosphere, humans);  dynamics of the earth system (plate tectonics, plume tectonics, global geochemical cycles including the earth’s interior); nature–human interaction (disasters, resources, environmental problems); and the origin and evolution of the earth and planetary system. Earth and planetary system science proposes the concept of “earth environmental co-oriented human society,” which could prove safe, stable, and sustainable in the long term.