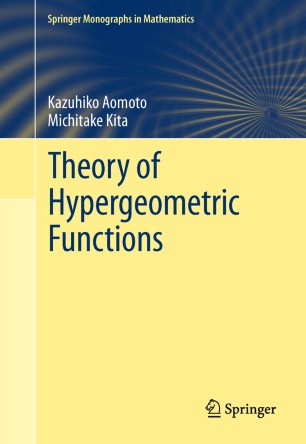 This book presents a geometric theory of complex analytic integrals representing hypergeometric functions of several variables. Starting from an integrand which is a product of powers of polynomials, integrals are explained, in an open affine space, as a pair of twisted de Rham cohomology and its dual over the coefficients of local system. It is shown that hypergeometric integrals generally satisfy a holonomic system of linear differential equations with respect to the coefficients of polynomials and also satisfy a holonomic system of linear difference equations with respect to the exponents. These are deduced from Grothendieck-Deligne’s rational de Rham cohomology on the one hand, and by multidimensional extension of Birkhoff’s classical theory on analytic difference equations on the other.