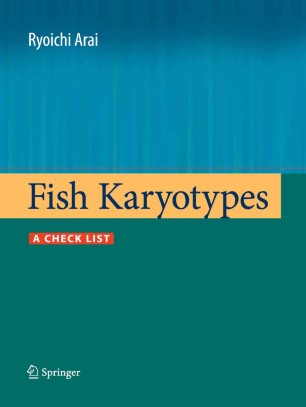 As the largest group of extant vertebrates, fish offer an almost limitless number of striking examples of evolutionary adaptation to environmental and biotic selection pressure. The most diverse of all vertebrate groups, the higher taxa of fish traditionally have been classified by morphology and paleontology, with a much smaller input of cytogenetic information. DNA sequence data are exerting an increasingly strong influence on modern fish systematics, challenging the classification of numerous higher taxa ranging from genera to orders. The most fruitful approach, however, involves synthetic analyses of morphology, molecular phylogenetics, comparative karyology, and genome size. Karyotypes of more than 3400 species/subspecies are arranged here by fish systematics and include a list of genome size, sex chromosomes, B chromosomes, polyploidy, and locality of material fish, among others. This volume enables both beginners and advanced researchers to survey the existing literature and facilitates the implementation of an integrative approach to fish systematics. The first book on fish chromosomes in nearly 15 years, it is also the most comprehensive.