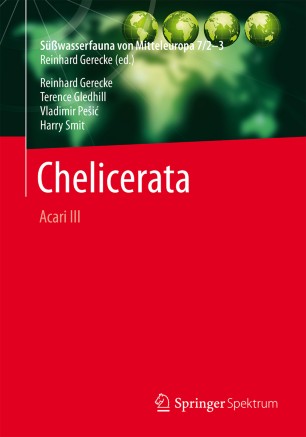 For the first time in limnofaunistic bibliography, the present taxonomic knowledge about the different clades of chelicerata having adapted to an aquatic or amphibious lifestyle along various evolutionary pathways is brought together in an overview for the Central-European fauna. A total number of 746 taxa is covered, over 99 % of these at species level.

The chelicerata volumes of this series are a basic tool for all limnologists interested in diversity and ecology – in particular for biologists investigating the ecotones between ground and surface water, between bottom substrata and open water, and between water and land.