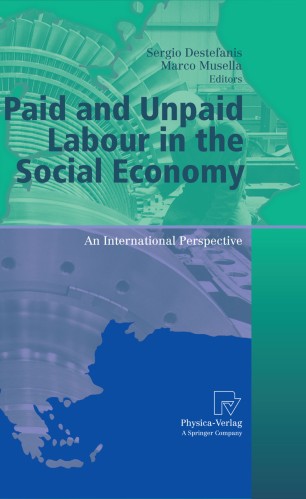 Paid and Unpaid Labour in the Social Economy

The book begins with a theoretical perspective on the development and characteristics of paid and unpaid labour in social services. Several empirical analyses, largely using novel data sets, are then provided about these phenomena in Italy, a country which has drawn broad international attention in this field, as well as in other European countries and in the US.

Topics of particular interest include: preferences regarding and satisfaction with paid and unpaid labour; ownership structure and risk; ownership structure, remuneration and incentives for paid labour; characteristics of volunteer labour and its relationship with social capital endowment across Italian regions; and a comparative analysis of labour in the nonprofit sector across Europe.

“The editors gathered in a single volume 13 papers presented in the framework of the session dedicated to the topic of paid and unpaid labour at the twenty-first annual conference of the Italian Association of Labour Economists (University of Udine 2006). … the target readers of the book are labour economists … . Overall, the ensemble of essays that form this book demonstrates on scientific basis the economic value of volunteer labour that social economy structures succeed to capitalize.” (Nicolae Cuta, Voluntas, Vol. 23, 2012)