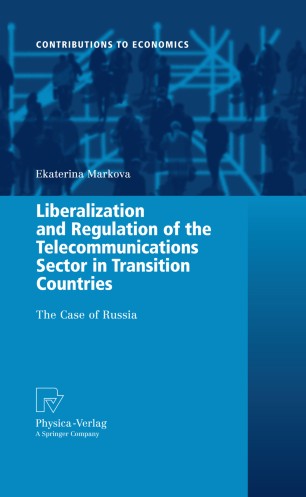 Liberalization and Regulation of the Telecommunications Sector in Transition Countries

The Case of Russia

Telecommunications are increasingly recognized as a key component in the infrastructure of economic development. For many years, there were state-owned monopolies in the telecommunications sector. In transition economies, they were characterized by especially poor performance and high access deficits, as telecommunications were considered to be a non-profit-oriented production process intended to support the socio-economic superstructures. As a result, the starting point for the reform processes in transition countries was quite poor performed public monopolies, functioned under completely different circumstances as the peers in the market economies.