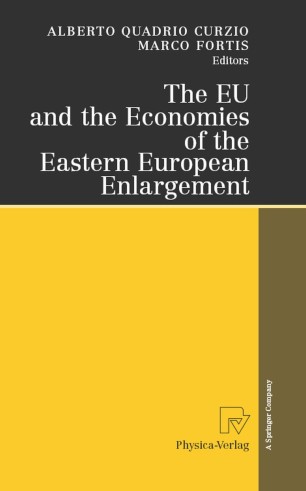 The EU and the Economies of the Eastern European Enlargement

The enlargement of the European Union towards the East from May 2004 has generated an increase of about 100 million inhabitants in the EU population, and has especially brought along major challenges and important opportunities both for the "new" countries and for the "old" member states. That is the main focus of this volume, which is divided into three sections. The first analyses the effects of the enlargement on the functioning of Community institutions, on the relations with the other Eastern European countries, and finally on regional and global economic dynamics; the second section analyses in detail the role of the monetary politics of the European Central Bank and the activities of the European Bank for Reconstruction and Development; and the third deals with the importance of the entrepreneurial class in ensuring the success of the transition process of the Eastern European economies.