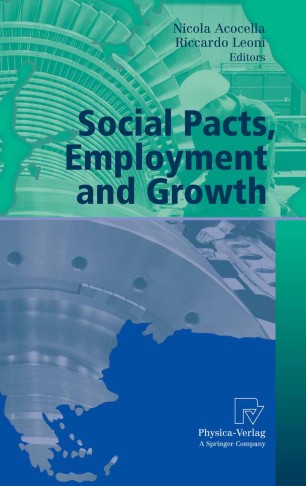 A Reappraisal of Ezio Tarantelli’s Thought

Social pacts have long been a centerpiece of European politics. They are characterized by negotiations among government, employers, workers, and other interest groups over wages and other economic issues. With the growth of globalization and pervasiveness of knowledge, some economists have called for a reduced role of social pacts and centralized wage bargaining, to be replaced by increased flexibility in labor agreements; others argue in favor of social pacts with contents and orientation different from those that have characterized the last three decades. In this book leading European economists examine the current status of social pacts and their future. Particular focus is placed on the ideas of Ezio Tarantelli, a young Italian economist killed by Red Brigades in 1985. He thought that trade unions could play a positive role by agreeing to set wages on the basis of a target rate of inflation. Therefore, they would contribute to economic and social stability through influencing future price expectations, protecting real wages. But, if inflation did erode real wages, the government could compensate the union(s) through increased social expenditure. As the European Union expands and social change accelerates, this insightful book will be of interest to all concerned with social and economic developments across Europe.