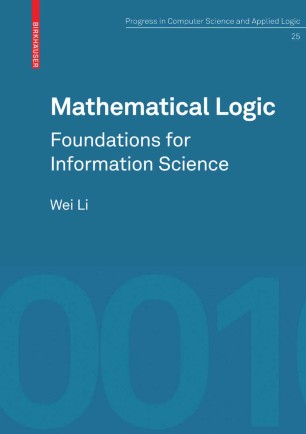 “The book consists of two parts. The first part is written for undergraduate university students of computer science and presents the classical first-order predicate logic with set-theoretical interpretation of its formulas and a symmetrical, well-shaped, and beautiful Gentzen-type axiomatic system which describes identically true … formulas of this logic. … The second part may be used for a course for postgraduate students of information science and includes a definition of versions of a formal theory, version sequences and their limits.” (Alex Nabebin, Zentralblatt MATH, Vol. 1185, 2010)
Buy options