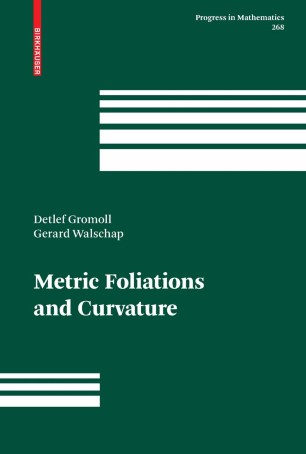 Part of the Progress in Mathematics book series (PM, volume 268)

In the past three or four decades, there has been increasing realization that metric foliations play a key role in understanding the structure of Riemannian manifolds, particularly those with positive or nonnegative sectional curvature. In fact, all known such spaces are constructed from only a representative handful by means of metric fibrations or deformations thereof.

This text is an attempt to document some of these constructions, many of which have only appeared in journal form. The emphasis here is less on the fibration itself and more on how to use it to either construct or understand a metric with curvature of fixed sign on a given space.