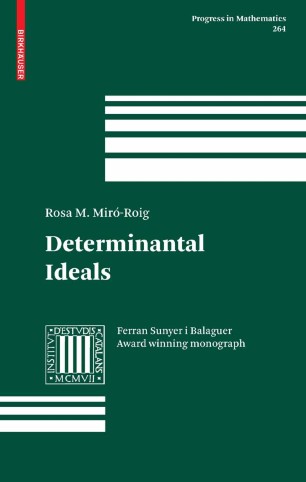 Part of the Progress in Mathematics book series (PM, volume 264)

Determinantal ideals are ideals generated by minors of a homogeneous polynomial matrix. Some classical ideals that can be generated in this way are the ideal of the Veronese varieties, of the Segre varieties, and of the rational normal scrolls.