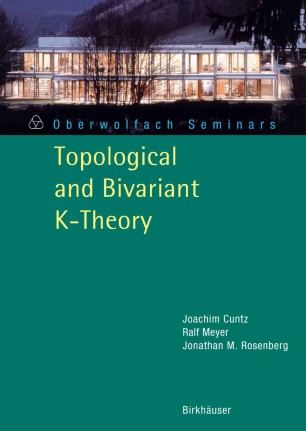 Topological K-theory is one of the most important invariants for noncommutative algebras equipped with a suitable topology or bornology. Bott periodicity, homotopy invariance, and various long exact sequences distinguish it from algebraic K-theory.

We describe a bivariant K-theory for bornological algebras, which provides a vast generalization of topological K-theory. In addition, we discuss other approaches to bivariant K-theories for operator algebras. As applications, we study K-theory of crossed products, the Baum-Connes assembly map, twisted K-theory with some of its applications, and some variants of the Atiyah-Singer Index Theorem.