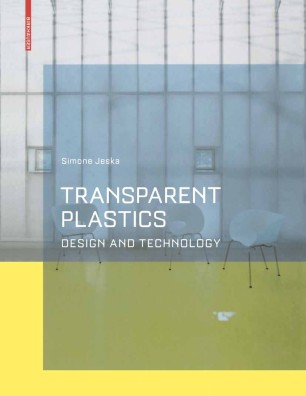 Recent years have seen the construction of buildings made of plastic, structures that are as attractive as they are unusual. After initial experiments in the 1970s, plastic is currently experiencing a tremendous boom. Originally used for temporary structures like the BMW Pavilion in Frankfurt, it is now employed in many permanent buildings as well, including the recent Catholic church in Radebeul by Staib/Behnisch. Prominent international avant-garde architects such as Shigeru Ban and Herzog & de Meuron frequently use transparent plastic for their structures. Transparent plastic seems ephemeral and thus captures the spirit of the times. Its various qualities between transparent and translucent make it possible to achieve fascinating effects with light and color.

Projects presented include the Allianz Arena in Munich by Herzog & de Meuron, the Rocket Tower in Leicester by Grimshaw & Partners, the Paper Art Museum by Shigeru Ban in Shizuoka, Japan, and the public housing development Cité Manifeste in Mulhouse by Lacaton Vassal.