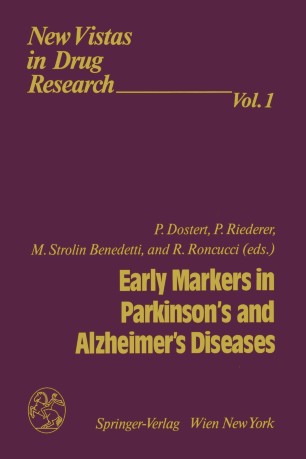 The aim of Early Markers in Parkinson's and Alzheimer's Diseases is to provide the reader with updated data on various approaches whose investigation and development could contribute to the discovery of early diag- nostic markers of these two degenerative diseases. Concerning Parkinson's disease, some of the topics dealt with in the book will help update the information previously reported in Early Diagnosis and Preventive Therapy in Parkinson's Disease. Concerning Alzheimer's disease, the scope and limitations of electrophysiological and brain imaging techniques with regards to early detection of the disease are documented. Various biochemical parameters, such as brain energy metabolism, levels of choline, and platelet monoamine oxidase activity are envisaged as some of the starting points for the discovery of early diagnostic markers of Alzheimer's disease.