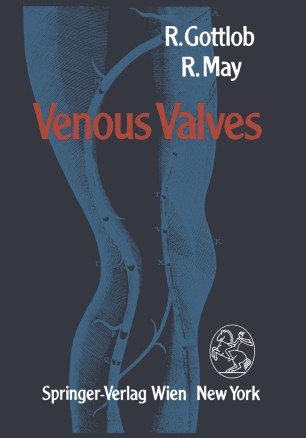 Venous valves rank among the smallest and most delicate organs of the human and animal bodies - so why devote an entire book to them? We were induced to do so by several reasons. First of all we would point out the clinical significance of venous valves. In the pathogenesis of a number of widespread diseases, such as varicose veins or the post-thrombotic syndrome, venous valves are involved as the underlying cause or at least a factor contributory to the symptoms. According to Taheri et al. these venous diseases occur ten times more frequently than arterial obliterations. Incompetence of venous valves also plays a causal role in varicocele, the most frequent cause of male infertility. But not only pathogenetic reasons induced us to write this book. In more recent times there has been a growing tendency to reconstruct functional valve disorders therapeutically; several surgical methods have been developed, which are critically reviewed in this book. It was our aim to sum up existing knowledge with respect to structure and function of venous valves and to expand that knowl­ edge by findings of our own. Examinations of semi-thin sections and unilayered en-face preparations have hardly been published so far, and systematic studies of the ultrastructure by electron-microscopy were not to be found in the literature. We are very grateful, therefore, to Dr. Silvana Geleff for having undertaken such a study upon our suggestion.