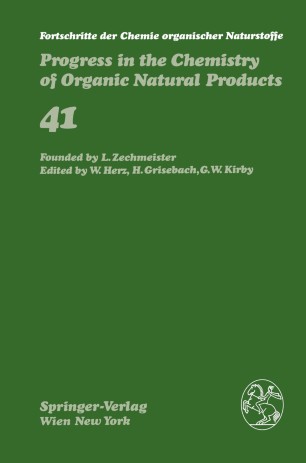 The chemistry of condensed tannins has hitherto represented a relatively unattractive and therefore neglected area of study; one in which the weight of research effort involved is invariably disproportionate to the results achieved, in which the participating schools generally confine their approach to specific molecular species, and in which as yet no consensus has been reached regarding likely precursors. The problems which beset those engaged in this field represent a combined function of the abnormal complexity of the gradational range of oligomers of increasing mass and affinity for substrates which typify most extracts rich in tannins, and the consequent problem of their isolation and purification, the high chirality of tannin oligomers, the need to contend with the phenomenon of dynamic 'rotational isomerism about interflavanoid bonds in the IH n.m.r. spectral interpretation of their derivatives, the lack of precise knowledge regarding the points of bonding at nucleophilic centres, and the obvious limitations of a hitherto predominantly analytical approach. The last of these reflects the need for a general method of synthesis which permits unambiguous proof of both structure and absolute configuration also at higher oligomeric levels. With these objectives in mind we initiated a purely synthetic approach based on the premise that flavan-3,4-diols as source of electrophilic flavanyl-4-carbocations, and flavan-3-0Is as nucleophiles (cf 1,2) represent the prime initiators of a process of repetitive condensation in which the immediate products also represent the sequent nucleophilic substrates.