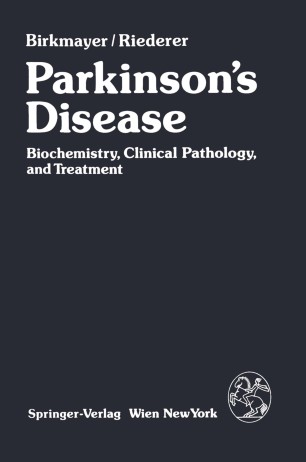 Parkinson's disease is one of the major causes of neurological disability in adult life. It has been encountered in all races, in every region of the world and shows no preference for either sex. In general, its initial manifestations begin in the fifth decade of life. With the world population showing an increase in numbers of people in the older age groups, Parkinson's disease will undoubtedly be encountered with increased frequency in the years to come. Though its cause is unknown, significant strides in understanding its nature and controlling its symptoms have been made during the past two decades. Contained in this volume is a comprehensive review of the present knowledge of Parkinson's disease. Though James Parkinson is credited with the uncovering the illness which now bears his name, and his monograph on the Shaking Palsy written in 1817, is truly a medical classic, descriptions of this disease can be found in medical writings going back to the time of Galen. Indeed, he himself was the first to admit that he was not describing a new disease but bringing an old one to the attention of the medical researchers of his time so that it would become a subject of interest and investigation. Specifically, his objective was the morbid anatomist whose efforts he hoped would bring to light the cause and nature of the disorder. This, then, would become a basis for· treatment or even cure.