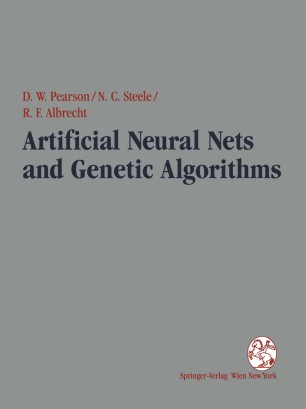 Proceedings of the International Conference in Alès, France, 1995

Artificial neural networks and genetic algorithms both are areas of research which have their origins in mathematical models constructed in order to gain understanding of important natural processes. By focussing on the process models rather than the processes themselves, significant new computational techniques have evolved which have found application in a large number of diverse fields. This diversity is reflected in the topics which are subjects of the contributions to this volume. There are contributions reporting successful applications of the technology to the solution of industrial/commercial problems. This may well reflect the maturity of the technology, notably in the sense that 'real' users of modelling/prediction techniques are prepared to accept neural networks as a valid paradigm. Theoretical issues also receive attention, notably in connection with the radial basis function neural network. Contributions in the field of genetic algorithms reflect the wide range of current applications, including, for example, portfolio selection, filter design, frequency assignment, tuning of nonlinear PID controllers. These techniques are also used extensively for combinatorial optimisation problems.