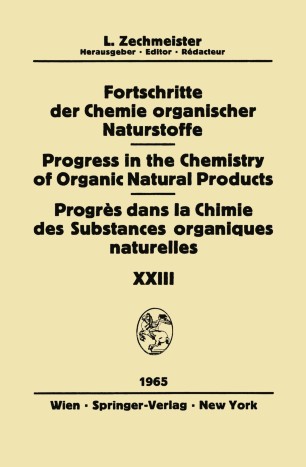 Sulfonium compounds have been known to the organic chemist for almost 90 years. During most of this period they remained curiosities, well suited for didactic purposes to illustrate certain similarities to ether adducts and to organic ammonium compounds. Their exploration remained largely in the academic realm, because no unusual practical applications were found in spite of a steady increase in the attention paid to them. An event that occasionally puts a class of compounds into the center of interest is the recognition of its occurrence in nature and of special biological significance. The first natural sulfonium compound was discovered less than 20 years ago, somewhat by chance rather than as the climax of some coveted biochemical problem. Gradually, however, the unique role of sulfonium compounds, especially of S-adenosyl­ methionine, in enzymatic group transfer reactions such as trans­ methylation was recognized, and the recent upsurge of interest has been exceptional. The present review is directed toward an interpretation of the properties and functions of biological sulfonium compounds with frequent reference to their structural chemistry. The data presented here may suggest novel or improved analytical techniques and new interpretations of the mechanism of group transfer. Furthermore, a stimulus may be derived for the design of sulfonium compound analogues. The availability of competitive analogues of biochemical key compounds has aided in the understanding of the function of virtually all metabolic intermediates, prosthetic groups of enzymes, vitamins, amino acids, and other compounds. The pattern will be similar in sulfonium biochemistry.