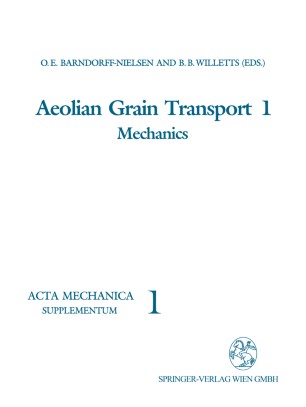 Wind erosion has such a pervasive influence on environmental and agricultural matters that academic interest in it has been continuous for several decades. However, there has been a tendency for the resulting publications to be scattered widely in the scientific litera­ ture and consequently to provide a less coherent resource than might otherwise be hoped for. In particular, cross-reference between the literature on desert and coastal morphology, on the deterioration of wind affected soils, and on the process mechanics of the grain/air­ flow system has been disappointing. A successful workshop on "The Physics of Blown Sand", held in Aarhus in 1985, took a decisive step in collecting a research community with interests spanning geomorphology and grain/wind process mechanics. The identification of that Community was reinforced by the Binghampton Symposium on Aeolian Geomorphology in 1986 and has been fruitful in the development of a number of international collaborations. The objectives of the pre­ sent workshop, which was supported by a grant from the NATO Scientific Affairs Division, were to take stock of the progress in the five years to 1990 and to extend the scope of the community to include soil deterioration (and dust release) and those beach processes which link with aeolian activity on the coast.