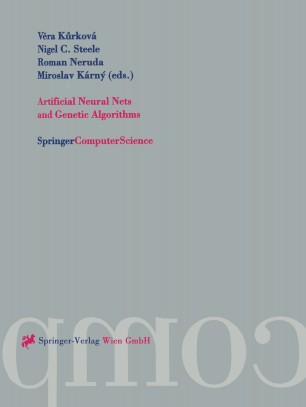 Proceedings of the International Conference in Prague, Czech Republic, 2001

The first ICANNGA conference, devoted to biologically inspired computational paradigms, Neural Net­ works and Genetic Algorithms, was held in Innsbruck, Austria, in 1993. The meeting attracted researchers from all over Europe and further afield, who decided that this particular blend of topics should form a theme for a series of biennial conferences. The second meeting, held in Ales, France, in 1995, carried on the tradition set in Innsbruck of a relaxed and stimulating environment for the. exchange of ideas. The series has continued in Norwich, UK, in 1997, and Portoroz, Slovenia, in 1999. The Institute of Computer Science, Czech Academy of Sciences, is pleased to host the fifth conference in Prague. We have chosen the Liechtenstein palace under the Prague Castle as the conference site to enhance the traditionally good atmosphere of the meeting. There is an inspirational genius loci of the historical center of the city, where four hundred years ago a fruitful combination of theoretical and empirical method, through the collaboration of Johannes Kepler and Tycho de Brahe, led to the discovery of the laws of planetary orbits.