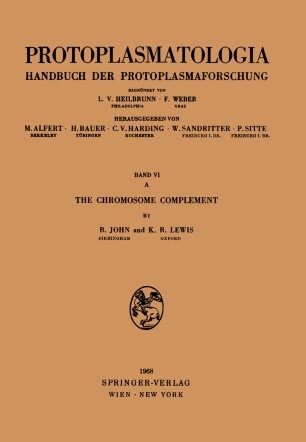 material can serve both autocatalytic and heterocatalytic functions. Thus not only is it unique in itB capacity for self-replication but its base sequence determines the specificity of proteins. And enzyme proteins are immediately responsible for the peripheral metabolism which enables the organism to impose its own kind of order on the raw materials it absorbs. The course of development is determined not only by the nature of the genetic material but by its over-all amount and the relative frequency of the different functional units. Differential rates of epigenetic activity matter also. In theory, therefore, differential development within or even between individuals could be determined by the differential replication of the various genetic elements or by their differential activity. And further variation could arise by the differential transmission of these elements between cells. Indeed it would appear that all these possibilities are exploited by living systems. If like is to beget like, however, any genetic change which occurs during development must be undone, or else germinal units preserved from change must be set aside. As far as is known, genetic changes, even those involving only quantity or relative amounts, are reversible to only a very limited extent so that a change once done cannot be undone. Consequently genetic changes during the development of presumptive germ-lines are either non­ existant or minor and confined to a small class of un aggregated deter­ minants.