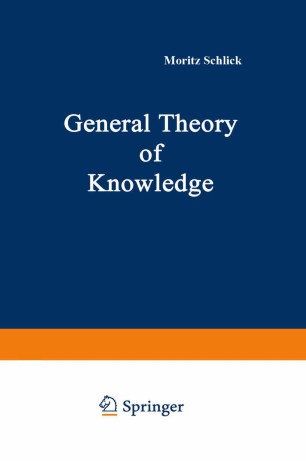 to that goal, and it is hoped that it will incorporate further works dealing in an exact way with interesting philosophical issues. Zürich, April 1973 Mario Bunge From the Preface to the First Edition It may seem odd that aseries of works devoted to the natural sciences should indude - indeed begin with - a volume on phi­ losophy. Today, of course, it is generally agreed that philosophy and natural science are perfectly compatible. But to grant the theory of knowledge such a prominent position implies not only that these two fields are compatible, but that there is a natural connection between them. Thus the indusion of this book in the series can be justified only if such an intimate relation of mutual dependence and interpenetration really does exist. Without anticipating what is to come, the author would like first to explain his point of view on the relationship between epistemology and the sciences, and in so doing make dear at the outset the method to be followed in this book. It is my view - which I have already expressed elsewhere and which I never tire of repeating - that philosophy is not aseparate science to be placed alongside of or above the individual disciplines. Rather, the philosophical element is present in all of the scienccs; it is their true soul, and only by virtue of it are they sciences at all.