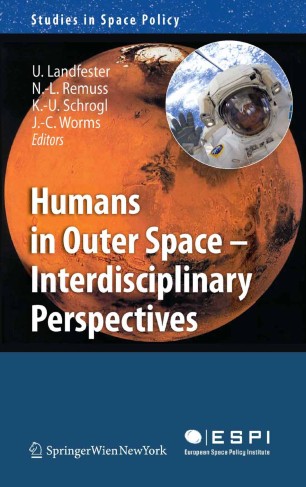 Following the first comprehensive transdisciplinary dialogue on humans in outer space which resulted in "Humans in Outer Space - Interdisciplinary Odysseys", the European Science Foundation (ESF), the European Space Agency (ESA), and the European Space Policy Institute (ESPI) have continued and deepened this transdisciplinary dialogue, which can now be found in Humans in Outer Space - Interdisciplinary Perspectives. Going further than regarding humans as better-than-robot tools for exploration, it investigates the human quest for odysseys beyond Earth's atmosphere and reflects on arising issues related to Europe's role among the States conducting human exploration. It provides perspectives related to governance, management of space exploration, space settlements, the role of astronauts in the future as well as related to the encounter of extraterrestrial life.