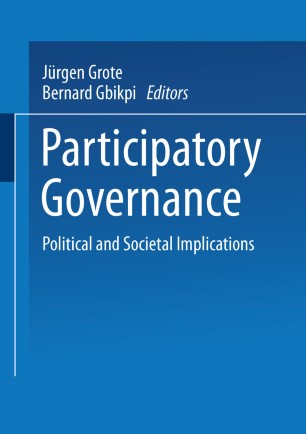 After years of a primarily and technocratic debate on European governance, it is time to emphasize the term´s normative dimension. This book singles out participation as the issue most crucial to it. Participatory governance is introduced not as part of the problem but as part of the solution. Going beyond Robert Dahl´s democratic dilemma, the contributors try to identify and describe modes of governance based on system effectiveness cum citizen participation. The concept is first developed in a theory section and then followed by chapters on the multi-level and the multi-sector contexts within which its empirical manifestations are travelling. A conclusion comments on the White Paper on Governance by the European Commission and on the implications of likely governance failure.
This has been made possible by a generous grant of the EU Commission under the Fifth Framework Programme on Research and Development.