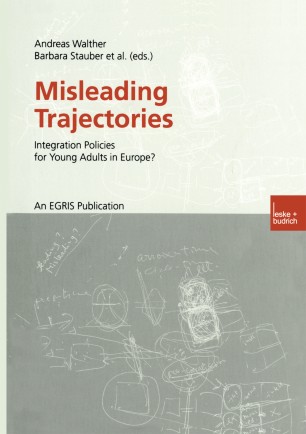 It is commonly acknowledged that the risk of social exclusion has increased over the last few decades and that young people in particular are one of the most vulnerable groups, especially if they have not yet achieved a stable so­ cial position. In this context a stable position is interpreted as having obtained a stable position within the labour market. Across Europe it has also become commonly acknowledged that policies have to do 'something' for young people as they represent the future of present societies. In fact, among politi­ cians and policy administrators there is a broadly shared myth that it is e­ nough doing 'anything' for young people. The thematic network 'Misleading Trajectories' which is documented in the following chapters was concerned with examining these myths and highlighting the traps of social exclusion that are inherent in policies focusing on youth transitions (school, vocational trai­ ning, careers advice, social security, labour market programmes). The net­ work was funded by the European Commission under the 4th Framework Programme for Research, Technology and Demonstration, under the strand "Targeted Socio-Economic Research" from 1998 to 2001. It involved teams from eight countries, which were Denmark, Germany, Ireland, Italy, the Netherlands, Portugal, Spain and the United Kingdom. The network began from the observation that many policies on the local, regional, national and European level that are intended to 'lead' young adults' towards gainful employment, adult status and social integration, are in fact 'misleading'.