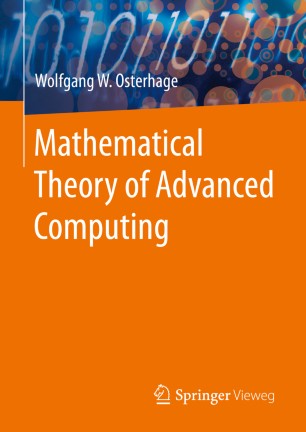 This book deals with computer performance by addressing basic preconditions. Besides general considerations about performance, several new approaches are presented. One of them targets memory structures by introducing the possibility of overlapping non-interfering (virtual) address spaces. This approach is based on a newly developed jump transformation between different symbol spaces. Another approach deals with efficiency and accuracy in scientific calculations. Finally the concept of a Neural Relational Data Base Management System is introduced and the performance potential of quantum computers assessed.

The Target Groups
The Author
Dipl.-Ing. Wolfgang Osterhage, PhDs in Physics and Information Science, visiting Professor at the Johann Wolfgang Goethe University Frankfurt and lecturer at various other institutions, lives and works as an independent author in the Rhineland.