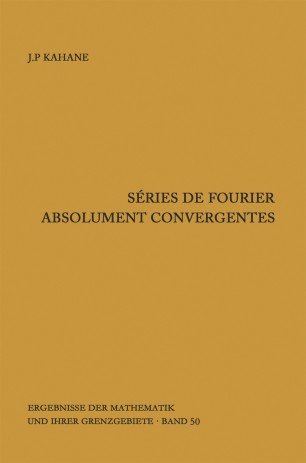 From the reviews (Zentrallblatt MATH):
"This book surveys an important and rapidly growing area of harmonic analysis, the theory of the algebra A(T) of functions f on the group T with absolutely convergent Fourier series. It includes chapters about Fourier series of continuous functions, descriptive theory, pseudomeasures and classes A(E), closed ideals, composed functions, thin sets and Baire methods, tensor algebras and applications, isomorphism of algebras A(E) and lacunary series. A striking feature of the book is its genuine classical flavor. The author is thoroughly at home with computations of many kinds, and every chapter has a wealth of specific examples and constructions. In sum, the book is an admirable survey of its topic. It is a highly interesting and useful work for Fourier analysists."