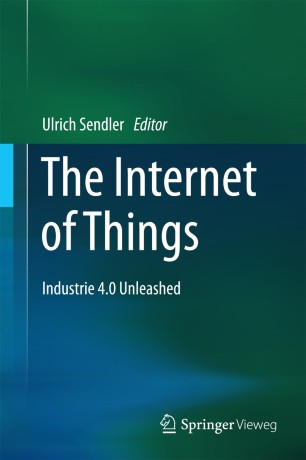 The Internet of Things

Industrie 4.0 and the Internet of Things have been positioned on the international stage as important initiatives of a promising future: Who is dealing in data from the digital factory? Germany has its “Plattform Industrie 4.0”, China “Made in China 2025” and the USA the “Industrial Internet Consortium”. Who is leading the fourth industrial revolution? The digitalization of industry is changing the global economy and society. Technology is supplying the opportunities to do so. Humans must decide just how far artificial intelligence should go, and what machines should learn – to create new and improved work instead of fewer jobs.
In addition to Ulrich Sendler and eight German industry and research experts, the CEO of Xinhuanet in Beijing has also contributed to this book.

Ulrich Sendler, born 1951, tool maker, NC-programmer, Dipl.-Ing. (FH) precision engineering, since 1989 independent journalist, book author and technology analyst in the field of virtual product development. Author of more than a dozen books and an uncounted number of articles in technical media of any kind. Publications among others "PLM-Kompendium" (2009) and „Industrie 4.0“, 2013, Springer Verlag Heidelberg-Berlin. Founder and organizer of sendler\circle, special interest group of IT- and service-providers for industry software. Keynote speaker on Industrie 4.0 in Europe, China and Taiwan.