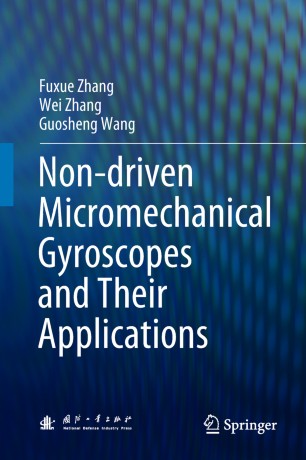 Non-driven Micromechanical Gyroscopes and Their Applications

This book comprehensively and systematically introduces readers to the theories, structures, performance and applications of non-driven mechanical and non-driven micromechanical gyroscopes.

The book offers a unique resource for all researchers and engineers who are interested in the use of inertial devices and automatic control systems for rotating flight carriers.  It can also serve as a reference book for undergraduates, graduates and instructors in related fields at colleges and universities.

The author has won:
The State Technological Invention Award;
The National Science and Technology Progress Award.