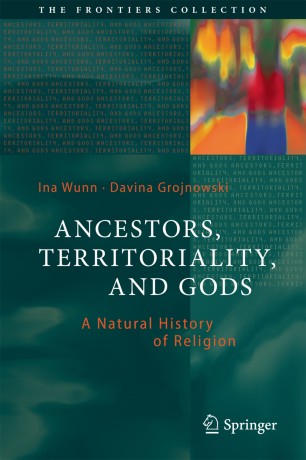 A Natural History of Religion

This books sets out to explain how and why religion came into being. Today this question is as fascinating as ever, especially since religion has moved to the centre of socio-political relationships. In contrast to the current, but incomplete approaches from disciplines such as cognitive science and psychology, the present authors adopt a new approach, equally manifest and constructive, that explains the origins of religion based strictly on behavioural biology. They employ accepted research results that remove all need for speculation. Decisive factors for the earliest demonstrations of religion are thus territorial behaviour and ranking, coping with existential fears, and conflict solution with the help of rituals. These in turn, in a process of cultural evolution, are shown to be the roots of the historical and contemporary religions.


Ina Wunn studied Biology and Geology at Philipps-University of Marburg and received a doctorate in Palaeontology (Dr. rer. nat.) in 1985. After a three-year stay in Africa she returned to university to study Religious Studies and Philosophy and to do a doctoral degree in Religious Studies in 1999. In 2002, she received the postdoctoral lecturer qualification (venia legendi) in Religious Studies from University of Hanover and has subsequently been Professor of Religious Studies at the Universities of Bielefeld and, later,  Hanover. In her research Ina Wunn focuses on theory of science, especially scientific approaches in the humanities, as well as theories of the origin of religion and prehistoric religion.

Davina Grojnowski completed her doctoral degree in the field of Theology and Religious Studies at King's College London, UK. She holds an Undergraduate degree in Classics, also from King’s, and a Master’s degree in Jewish Studies from the University of Oxford. Her research interests lie in the religious literature of the Second Temple period, including the representation of the body in religious thought. She has taught at the University of Bielefeld, Germany, and King's College London, UK.