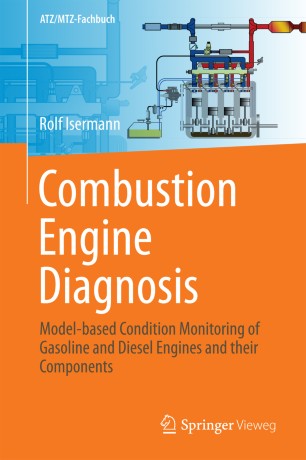 Written for automotive engineers in practice, it is also of interest to graduate students of mechanical and electrical engineering and computer science.

Written for automotive engineers in practice, it is also of interest to graduate students of mechanical and electrical engineering and computer science.

Rolf Isermann studied Mechanical Engineering and obtained the Dr.-Ing. degree in 1965 from the University of Stuttgart, Germany. In 1972 he became Professor in Control Engineering at the University of Stuttgart. From 1977-2006 he was Professor for Control Systems and Process Automation at the Institute of Automatic Control of the Darmstadt University of Technology. Since 2006 he is Professor emeritus and is head of the Research Group for Control Systems and Process Automation in the same institution. R. Isermann received the Dr. h.c. (honoris causa) from L'Université Libre de Bruxelles and from the Polytechnic University in Bucharest. In 1996 he was awarded by the “VDE-Ehrenring”, and in 2007 by “VDI-Ehrenmitglied”. The MIT Technology Review Magazine awarded him in 2003 to the Top Ten of Emerging Technologies in Mechatronics. In 2010 he received the Rufus Oldenburger Medal from the American Society of Mechanical Engineers (ASME: highest scientific award for lifetime achievements), and in 2016 the IFAC lifetime achievement award for mechatronics.