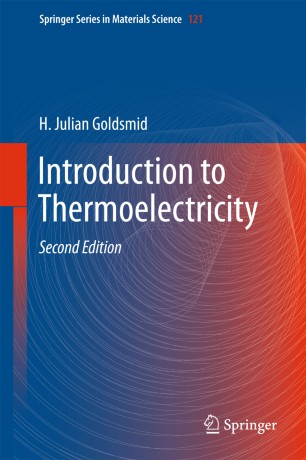 This book is a comprehensive introduction to all aspects of thermoelectric energy conversion. It covers both theory and practice. The book is timely as it refers to the many improvements that have come about in the last few years through the use of nanostructures. The concept of semiconductor thermoelements led to major advances during the second half of the twentieth century, making Peltier refrigeration a widely used technique. The latest materials herald thermoelectric generation as the preferred technique for exploiting low-grade heat. The book shows how progress has been made by increasing the thermal resistivity of the lattice until it is almost as large as it is for glass. It points the way towards the attainment of similar improvements in the electronic parameters. It does not neglect practical considerations, such as the desirability of making thermocouples from inexpensive and environmentally acceptable materials. The second edition was extended to also include recent advances in thermoelectric energy conversion, particularly, the production of bulk nanostructures, new materials with higher thermoelectric figures to use the possibility of large scale thermoelectric generation, as part of the worldwide strategy for making better use of energy resources. This book guides the newcomer towards the state of the art and shows the principles for further advancement to those who are already familiar with the subject. The author has been able to draw on his long experience to cover the science and technology in a balanced way while drawing on the expertise of others who have made major contributions to the field.