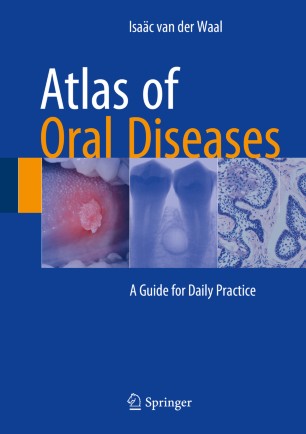 A Guide for Daily Practice

This atlas is designed to assist all who are involved in diagnosing and treating oral diseases. Individual chapters focus on lesions and disorders of the oral mucosa, soft tissues (including the minor salivary glands), lips, tongue, gingiva, palate, and jaw bones (odontogenic and non-odontogenic lesions). In addition to the more common diseases, less frequent disorders are also covered, some of which have been recognized only in recent years. Throughout, the approach is practice oriented, with concise text and an abundance of high-quality clinical, radiographic, and, where appropriate, histopathologic images. The combined training of the author in oral surgery and oral pathology means that he has exceptional expertise in both the diagnosis and the treatment of oral diseases. His detailed knowledge and experience are fully reflected in the Atlas of Oral Diseases, which will be very helpful for dental and medical professionals in their daily practice.

Isaäc van der Waal graduated from Dental School in 1968 at the University of Utrecht, the Netherlands, and completed his oral surgery training program in 1973. In the same year he defended his PhD thesis on "Carcinoma of the Tongue; a clinico‑pathologic study". From 1975 to 1976 he served a Fellowship in Oral Pathology at the Armed Forces Institute of Pathology in Washington D.C. In 1979 he was appointed full Professor in Oral Pathology at the Dental School of the Vrije Universiteit in Amsterdam. He served as President of the International Association of Oral Pathologists from 1986 to 1988 and as President of the European Association of Oral Medicine from 1998 to 2000. He has been a member of various EC committees for the dental profession in the campaign "Europe against Cancer" and the anti-tobacco program. Dr. van der Waal has been Editor-in-Chief of the Dutch Scientific Journal of Dentistry (1986–1996), Associate Editor of the Journal of Oral Pathology and Medicine, and a member of the editorial boards of various international journals. He is author or co-author of more than 400 papers in peer-reviewed scientific journals as well as various other publications. In 2006 he received a royal decoration in the Netherlands (Ridder in de Orde van de Nederlandse Leeuw). He has also received an honorary doctorate from Semmelweis University in Budapest (Hungary) and awards or honorary fellowships or memberships from various associations, such as the Royal College of Physicians and Surgeons of Glasgow, the American Academy of Oral Medicine, and the International Association of Oral Pathologists.