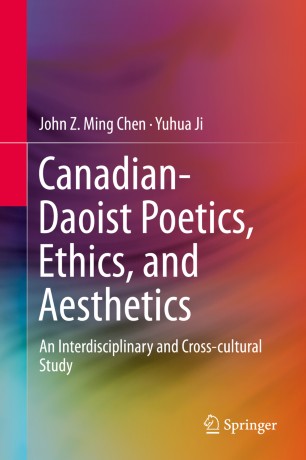 An Interdisciplinary and Cross-cultural Study

This monograph takes an interdisciplinary and cross-cultural approach to 20th and 21st -century Canadian Daoist poetry, fiction and criticism in comparative, innovative and engaging ways. Of particular interest are the authors’ refreshing insights into such holistic and topical issues as the globalization of concepts of the Dao, the Yin/Yang, the Heaven-Earth-Humanity triad, the Four Greats, Five Phases, Non-action, and so on, as expressed in Canadian literature and criticism – which produces Canadian-constructed Daoist poetics, ethics and aesthetics.  Readers will come to understand and appreciate the social and ecological significance of, formal innovations, moral sensitivity, aesthetic principles, and ideological complexity in Canadian-Daoist works.

“The volume is highly recommended not only for specialists in Chinese Studies, but anyone taking an interest in Daoism and in the way it operates in a modern Western literary framework.” (Lehel Balogh, Religious Studies Review, Vol. 44 (03), September, 2018)
Buy options