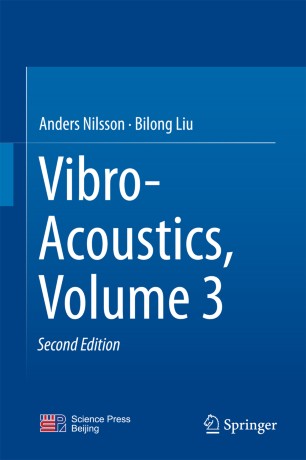 This three-volume book gives a thorough and comprehensive presentation of vibration and acoustic theories. Different from traditional textbooks which typically deal with some aspects of either acoustic or vibration problems, it is unique of this book to combine those two correlated subjects together. Moreover, it provides fundamental analysis and mathematical descriptions for several crucial phenomena of Vibro-Acoustics which are quite useful in noise reduction, including how structures are excited, energy flows from an excitation point to a sound radiating surface, and finally how a structure radiates noise to a surrounding fluid. Many measurement results included in the text make the reading interesting and informative. Problems/questions are listed at the end of each chapter and the solutions are provided. This will help the readers to understand the topics of Vibro-Acoustics more deeply. The book should be of interest to anyone interested in sound and vibration, vehicle acoustics, ship acoustics and interior aircraft noise.

This is the third volume, and presents 201 problems and their solutions plus a summary of the main results from volumes 1 and 2.

Anders Nilsson holds MSc in Engineering Physics from University of Lund, Sweden and Dr.Tech. in Sound and Vibration from Chalmers University. Anders Nilsson has worked on problems relating to the propagation of sonic booms at Boeing Co., Seattle, USA. At Det Norske Veritas he became head of the Acoustics Department at the Research Division. At Veritas Anders Nilsson worked on the propagation of structure borne sound in large built up structures and on the excitation of plates from flow and cavitation. Anders Nilsson was head of the Danish Acoustical Institute for four years. His main activities in Denmark were building acoustics. In 1987 Anders Nilsson was appointed professor of Applied Acoustics at KTH in Stockholm, Sweden. He was also the head of the Department of Vehicle Engineering and the founder and head, until 2002, of the Marcus Wallenberg Laboratory of Sound and Vibration Research (MWL). Anders Nilsson is since 2008 professor emeritus at MWL, KTH. His main interests are problems relating to composite structures as well as vehicle acoustics.

Bilong Liu received his PhD in acoustics at the Institute of Acoustics, Chinese Academy of Sciences in 2002. He was thereafter supported financially by an EU-project- Friendly Aircraft Cabin Environment- and worked on noise transmission through aircraft structures at MWL, KTH till 2006. Bilong Liu also holds a PhD in applied acoustics from MWL. During the period Aug. 2004 to Jan. 2005 he also worked on pipe/pumpnoise at t

he University of western Australia in Perth. From 2007 he is working as a research professor at the Institute of Acoustics, Chinese Academy of Sciences. His main interests include vibro-acoustics, fluid induced noise, duct acoustics, active noise control, smart acoustic materials and structures.