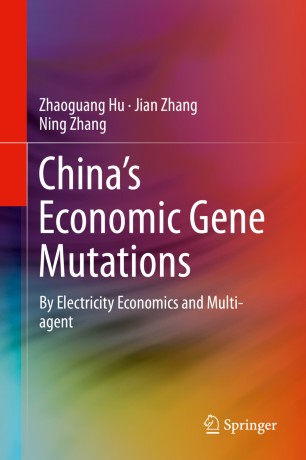 By Electricity Economics and Multi-agent

The book focuses on low-carbon issues and China’s economy, which is analyzed from the perspective of electricity economics. It proposes the novel concept of an “economic gene” to reflect certain characteristics of the economy. The gene mapping of China’s economy has been studied based on production functions with electricity. Economic mutations have also been studied with the aim of diagnosing problems in the economy.  Two such mutations have occurred in China since 1978, the most recent being in 2012 and no further mutation is expected until 2025. The book describes the inherent quality of China’s economy from 2012 to 2025, and how mechanism reforms would greatly improve marginal representative factor productivity in this period. The agents response equilibrium (ARE) approach to simulate national economy, based on multi-agent technology is proposed. Another cornerstone of the model is the input-output table. Simulated input-output tables from 2011 to 2025 are provided in the book.

This book provides recommendations for policy makers and advisors, and is a valuable resource for researchers in the fields of economics, public policies, low-carbon development, electricity and energy. It also provides insights into China’s economic development.