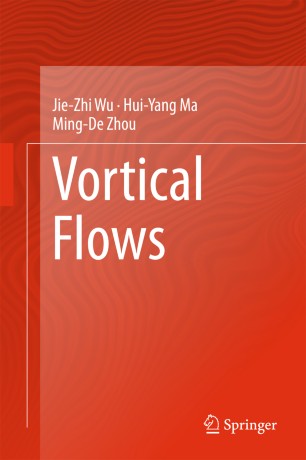 This book is a comprehensive and intensive book for graduate students in fluid dynamics as well as scientists, engineers and applied mathematicians. Offering a systematic introduction to the physical theory of vortical flows at graduate level, it considers the theory of vortical flows as a branch of fluid dynamics focusing on shearing process in fluid motion, measured by vorticity.

It studies vortical flows according to their natural evolution stages,from being generated to dissipated. As preparation, the first three chapters of the book provide background knowledge for entering vortical flows.

The rest of the book deals with vortices and vortical flows, following their natural evolution stages. Of various vortices the primary form is layer-like vortices or shear layers, and secondary but stronger form is axial vortices mainly formed by the rolling up of shear layers.

Problems are given at the end of each chapter and Appendix, some for helping understanding the basic theories, and some involving specific applications; but the emphasis of both is always on physical thinking.