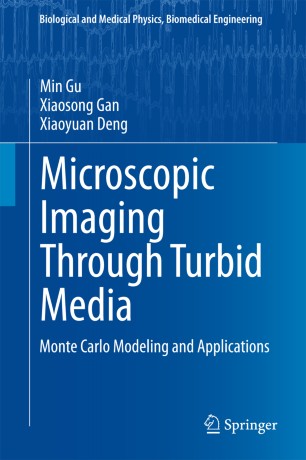 This book provides a systematic introduction to the principles of microscopic imaging through tissue-like turbid media in terms of Monte-Carlo simulation. It describes various gating mechanisms based on the physical differences between the unscattered and scattered photons and method for microscopic image reconstruction, using the concept of the effective point spread function. Imaging an object embedded in a turbid medium is a challenging problem in physics as well as in biophotonics. A turbid medium surrounding an object under inspection causes multiple scattering, which degrades the contrast, resolution and signal-to-noise ratio. Biological tissues are typically turbid media. Microscopic imaging through a tissue-like turbid medium can provide higher resolution than transillumination imaging in which no objective is used. This book serves as a valuable reference for engineers and scientists working on microscopy of tissue turbid media.