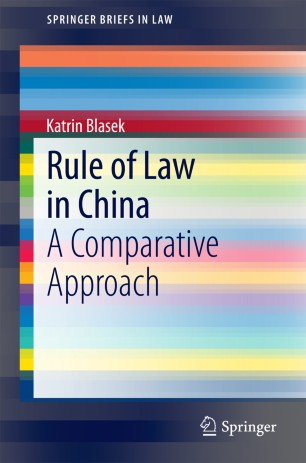 Rule of Law in China

This book analyzes in detail differing interpretations of the rule of law in Western legal systems and in the People’s Republic of China. As the rule of law is seen by many as a prerequisite for China’s future development, politicians, activists and entrepreneurs from China and from the West alike have long been calling for adherence to this principle, which is constitutive of Western democracies. All these groups use the same words, but do they truly share the same idea?

In order to address this question, the book compares the “Rule of Law with Chinese characteristics,” as propagated by Chinese leaders and in official Chinese publications, to different applications of the rule of law as it is understood in Western civilization. In particular, the author takes a closer look at the implementations of recognized core elements of the rule of law in representative Western countries, which include the separation of power, the supremacy of law, the protection of fundamental rights, and the independence of the justice system.